The City Manager is responsible for the day-to-day operations and management of Jefferson City and its personnel. The City Manager works under the direction of the Mayor and City Council to implement policies set forth by them. The City Manager oversees approximately 110 full-time city employees in six departments as well as 20 to 40 part-time and seasonal employees.

The City Manager position is currently held by John B. Johnson. John was appointed City Manager on October 6, 1997. Before becoming the City Manager of Jefferson City, he held the same position for the City of Pikeville, Kentucky, giving him a total of over 30 years of experience in city management. Prior to his governmental work, John was involved in the banking and insurance industry. He and his wife, Susan, moved to Jefferson City over two decades ago because of their love for the city and the surrounding area. The couple is very involved in their church and local and community activities. 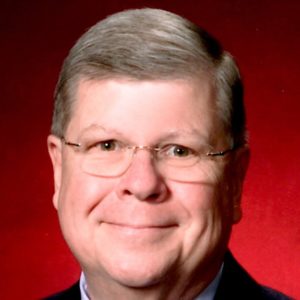 Jefferson City, Tennessee, is one of the finest places I know to live in, raise a family, and experience the beauty of our creation. With the closeness of the Great Smoky Mountains National Park, TVA lakes, and Knoxville, along with Pigeon Forge and Gatlinburg, our town is the perfect place for a business and a community atmosphere. We are at the forefront of something special, as we are growing and expanding daily. Growth estimates project our town to nearly double in size over the next 20 to 30 years. Jefferson City is committed to recruiting new business and commerce, as well as to offering expanding job opportunities to its residents. Along with the rapid changes taking place, our town still has the feel of a close-knit community where strong moral values and home-town traditions are the norm. Our city is blessed with the finest employees anyone could ask for. We invite you to come and visit us, stay a while, and make us your home. This is truly a wonderful place. It is an honor to serve as the City Manager of Jefferson City.